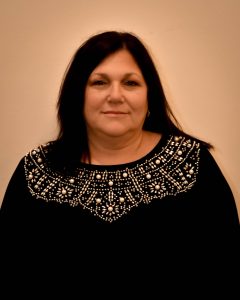 Cathy Lindenbaum serves as the 2019 – 2021 President of the 120-year-old New Jersey PTA. Cathy has served in all levels and positions of PTA for over 25 years. Cathy has been a member of PTA since 1992. Cathy began her PTA career when her oldest son entered Kindergarten in Brick Township Public Schools.

New Jersey PTA has over 100,000 members and serves schools and communities in all 21 counties. On the NJPTA Board of Directors, she has previously served as President-Elect, Vice President of Advocacy, Vice President of Educational Services, Procedure and Bylaws Chairman, and the Ocean County PTA President. Through this, she served as the State Lead for National PTA’s Common Core State Standards Initiative – having the opportunity to collaborate with educational partners throughout the state. She also had a chance to serve as a member of Governor Chris Christies’ Governor’s Study Commission on Assessments.

Cathy has also stayed very active in the community as a member of Rotary International, a former Board of Education Member, Pop Warner Officer and Coach, a Little League Trustee, to name a few.

During her time as Ocean County President, Cathy created and served as Steering Committee President to the Ocean County High School Challenger League.

Cathy is married to her husband, Barry, and is the mother of five grown children. She resides in Brick Township in Ocean County.