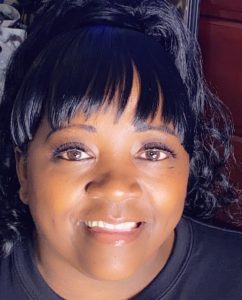 My name is Karen Diggs I’m a mother of 2 daughters, 4 sons 7 beautiful grandchildren. I started my Journey after losing both parents in 2006 I decided to follow my mother legacy becoming a district leader in the West ward 48th district in Newark NJ. I decided to further my education to  pursue a career in education. I’m currently employed at the Irvington board of education as a security officer for 18 years. I have successfully acquired my Bachelor of Sociology with a minor in Psychology at Kean University where I achieved a 3.8 GPA and graduated with honors. I entered graduate school at Walden University in 2019 to obtain a degree in (MSW) program. My interest in becoming a volunteer with NJPTA has permeated my life from as long as I can remember. My mother was a major influence in my choice to become a member and advocate for the children of Newark NJ she volunteers for over 30 years and she constantly stated to her children be a part of your community and volunteer at your children schools. Following my mother step, I decided to go into the public-school system as a security officer and work my way up the proverbial ladder like my mother I have a love for seeing children develop into well rounded young adults. As my undergraduate schooling progressed, I retained my love of helping children however, I became disillusioned by the total bureaucracy and politicization surrounding public education. To me it became an issue because I believed that the education of our children was being co-opted by careerist and political hacks. This change in perspective led me to see that I could help the children in our community by becoming the President of the Essex County (PTA) Parents Teachers Association for 2 terms and starting to work with the parents of our children and influence our community’s children through their parents by helping parents to better understand their roles as parental educators. I believe that assisting parents in dealing with life’s issues like; keeping food on the table, having a clean and safe environment and having the needed resources to facilitate a normal upbringing of children was just as important, if not more than directly influencing children in the classroom environment. Thus, seeking a master’s in social work is a progression of my own aspiration to help create a paradigm where children, parents and the community at large are concurrently developed. My term for County president is coming to and end however, running  for region director will be a new start in another position which will allows me to continue in the community doing what I like best advocating for the children and the community. Again, I was influenced by my upbringing to be a community minded person and I believe that an education is the key to the development of one’s self, one’s family and community. A (MSW) degree would not only be a culmination of my educational goals but also my personal goal of finishing what I started and represent my inclination to be a help to the community.